Corona Out of the 9 states with more than 1000 patients, 37% were discharged in Telangana and 33% in Delhi
The first infection was found in Kerala, where 74% and in Haryana 73% of patients recovered
The recovery rate of patients has risen to 23 per cent, with not a single case in 28 districts in 17 days, the health ministry said.
New Delhi. The number of coronaviruses in the country has reached 31 thousand 625. On Wednesday, 28 patients in West Bengal, 19 in Rajasthan and 1 in Orissa reported positive. Earlier on Tuesday, the highest number of 1902 Corona cases came in a single day of Corona transition. So far 7747 patients i.e. about 25% of the patients have recovered. The number of infected people in 9 states is more than 1000. Telangana is in the best position in terms of recovery of patients. Here 374 out of 1009 infected, i.e. about 37% have recovered. Delhi is second with 33%. In states with less than 1000 patients, 74% in Kerala and 73% in Haryana have been discharged from the Corona hospital. 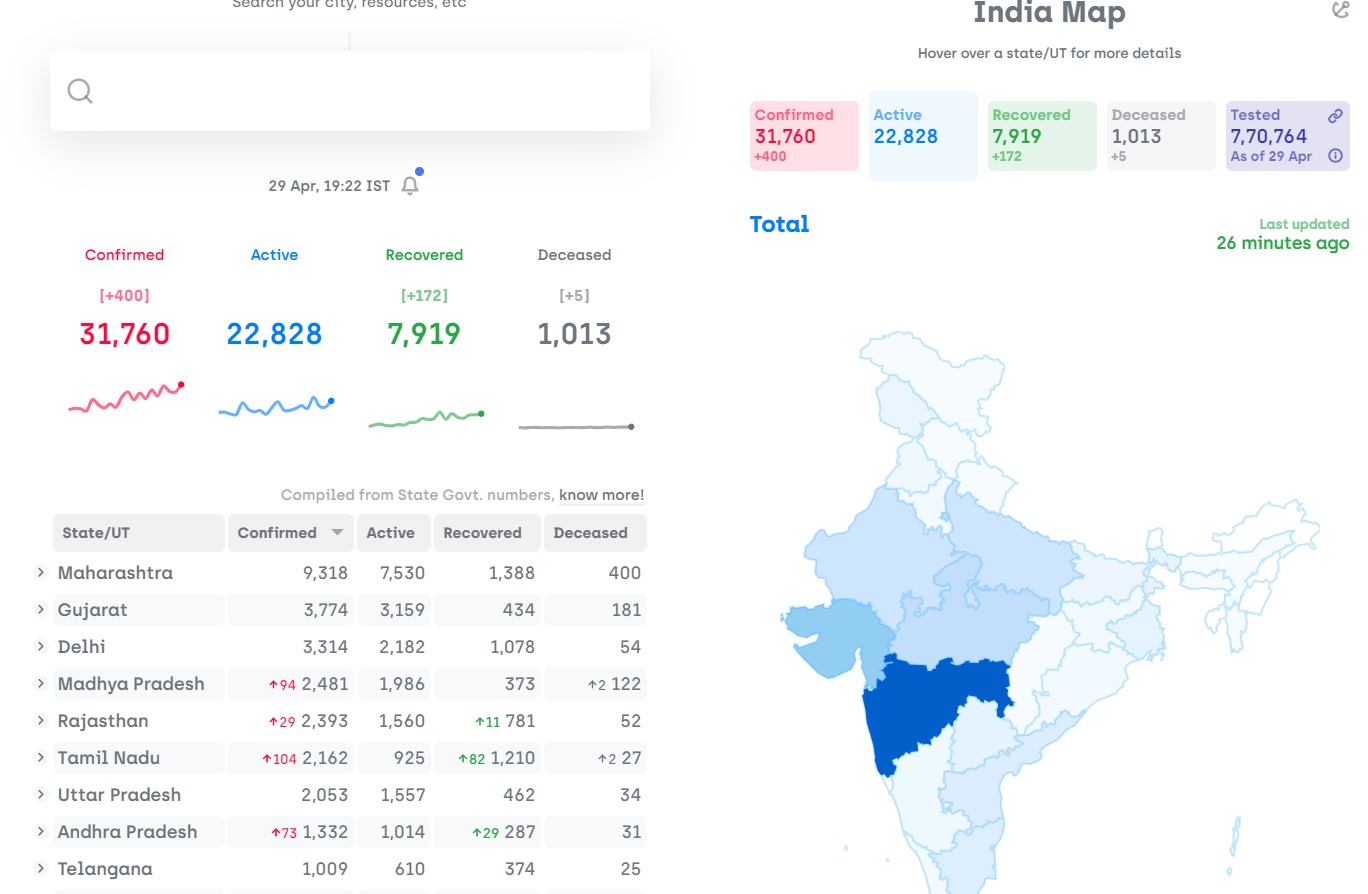 The Koro epidemic has trapped millions of Indians in the Gulf. According to government sources, the navy is ready to evacuate the trapped people. If required, the expedition will be sent to the landing platform warship INS Jalashwa and two huge crocodile series ships. The government has asked them to be ready. Sources also said that the INS reservoir is currently out of Vishakhapatnam, as well as a huge crocodile series ship on the west coast. 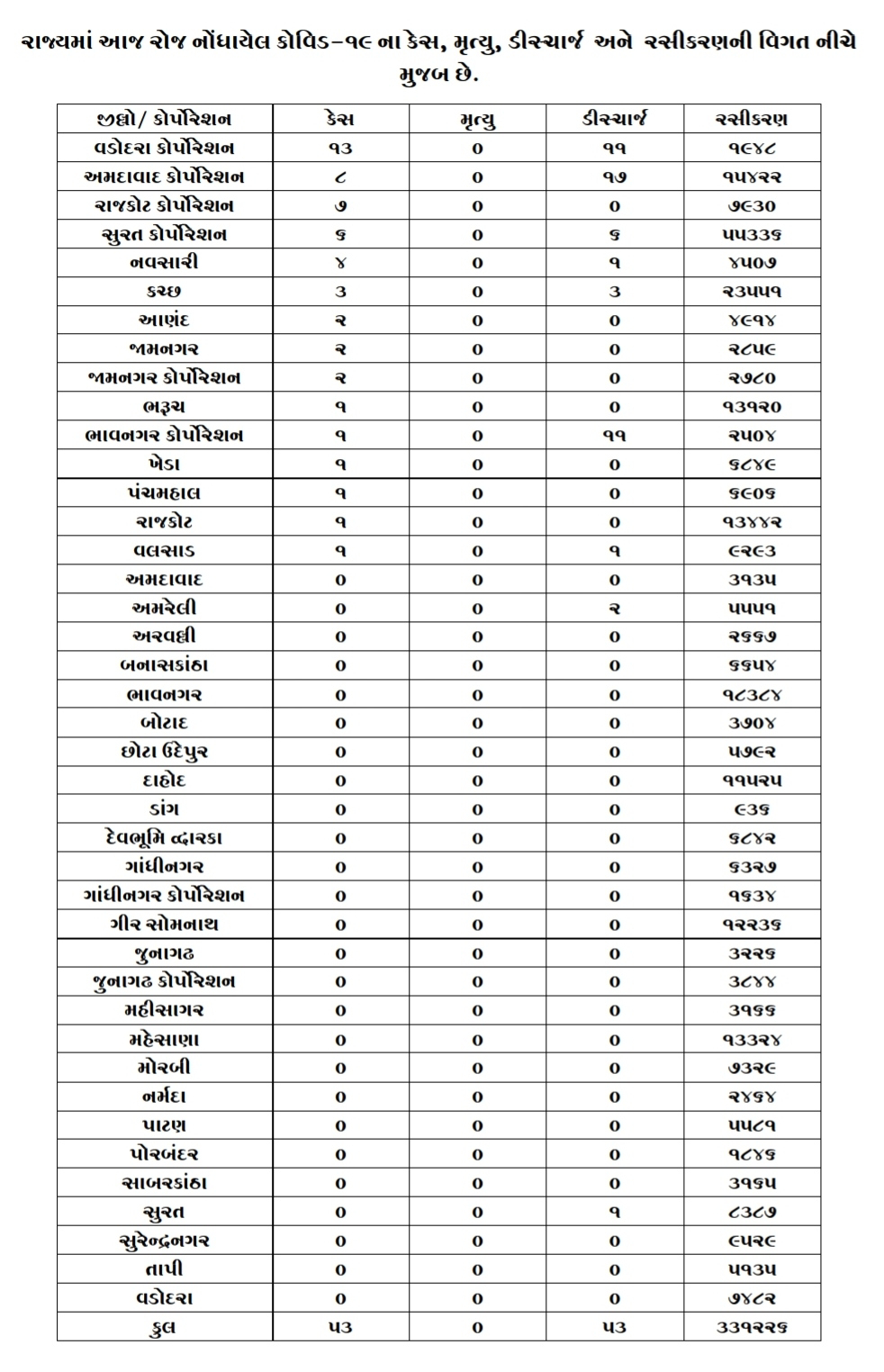 The countries bordering the Persian Gulf, including Iran, Iraq, Kuwait, Saudi Arabia, Bahrain, Qatar, the UAE and Oman, are called Gulf countries. There are about one crore Indian laborers here. Most of them are in oil companies or do construction work.

Follow the guideline for life to avoid corona – COVID-19

Hyderabad police have celebrated the surprise birthday of a one-year-old girl amid a lockdown. Myra’s parents are in Boston, USA and she is not with them on her daughter’s birthday due to the lockdown. The Hyderabad police officer then reached the girl’s house with cakes and gifts. Together they also sang a birthday song for the girl.

Important updates of the day

Madhya Pradesh, Infected: 2387– A total of 222 new patients were found here on Tuesday. This includes 19 infected inmates of the Central Jail in Indore. He will be shifted to a temporary jail. So far 1372 patients have been found in Indore, 458 in Bhopal and 123 in Ujjain.
Uttar Pradesh, Infected: 2053- Corona virus has affected 60 districts in UP. The KGMU report in Lucknow on Wednesday morning found 20 positives. Of these, 4 new patients have been found in Lucknow, 9 in Agra and 7 in Firozabad. In the last 24 years, 70 new patients have been found. The state has so far a total of 2073 corona positive. The report of 67 people in the state came positive on Tuesday. The highest number of 17 patients was from Agra. Then 13 reports came positive in Varanasi.
Maharashtra, Infected: 9318– 728 new cases were reported here on Tuesday. At the same time, the number of infected people in the state has risen to 9,318. Of these, 5,982 are from Mumbai alone. Corona has killed 400 people so far in the state.
Rajasthan, Infected: 2383– 19 new positive cases of corona have been reported in Rajasthan on Wednesday. Of these, 11 in Ajmer, 5 in Jaipur, 1-1 in Udaipur, Banswara and Jodhpur have been found infected. The total number of positive cases in the state has reached 2383. Here on Wednesday, 19 new cases have come up. Out of which 11 in Ajmer, 5 in Jaipur, while 1-1 patients have been found in Udaipur, Banswara and Jodhpur.

GET OFFICIAL SITE UPDATE FROM HERE

Bihar, Infected: 366- There were 20 new cases of infection here on Tuesday. Out of which 6 in Gopalganj, 4 in Kaimur Bhavua, 3 in Jehanabad, 2 in Munger, while in Buxar, Banka, Sitamarhi, Sheikhpara and Araria 1-1 patient report has come positive.