Short videos can also be made on Facebook like TikTok, this feature is being tested in India.

Hey guys, welcome to our website Irisdigitals. In this post, we introduce you to The world’s largest social learning app- TikTok.  Facebook is now coming up with a special feature to create videos like TikTok.

Nowadays Facebook is testing the short video feature in its app like Tiktok. The Facebook application has a separate section called Short Video for it. This is found in the Facebook feed. The special thing is that the Create button is also available. As soon as you click on the create button, the camera opens in the Facebook application. Which can be used to shoot videos like Tiktok. Other than that you have to swipe up like a tick to watch videos shot by other users. READ ALSO: TRELL – Short Video App Tiktok Alternative in India There is special news for the users who entertain by making short videos. Facebook is now coming up with a special feature to create videos like TikTok. Nowadays Facebook is testing the short video feature in its app like TickTalk. The Facebook app also has a separate short video section for this. This appears in the Facebook feed. 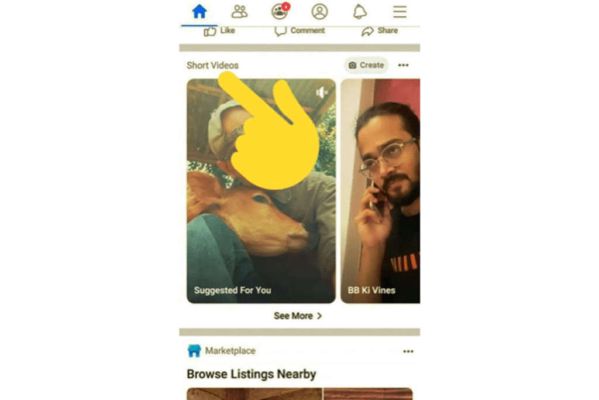 What is special is that the Create button is also available. As soon as you click on the create button, the camera opens in the Facebook app. Which can be used to shoot videos like TikTok. In addition, to watch videos shot by other users, you have to swipe up like a TikTok. It is worth mentioning that the Chinese app TikTok had become very popular in India. But due to a dispute with China over the Ladakh border, the Indian government banned it in India. Other apps came on the market as an option after TikTok was banned in India, and now Facebook has joined the race. It is believed that Facebook has launched this feature with users in mind. Earlier, Facebook launched a short video app but shut it down due to a lack of response. READ ALSO: MOJ – Short Video App By Sharechat 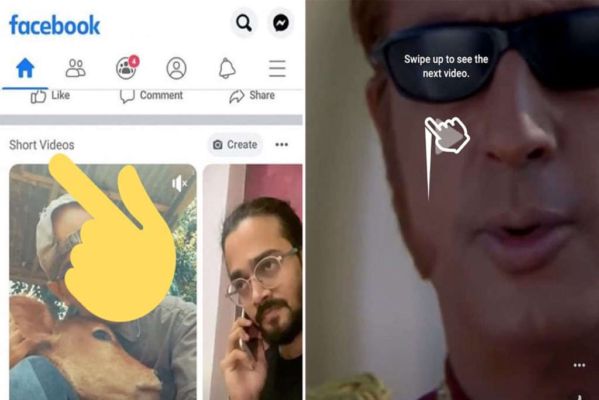 Recently, the central government in India has banned the short video application Tiktok. Tiktok became very popular among the people. It is believed that Facebook has launched this feature to make up for its shortcomings. It is worth mentioning that even before this, Facebook had launched a separate application for short videos. Whose name was Lasso? But it did not become more popular. After which Facebook shut it down. The number of TikTok users in India is very high. Bait Dance, a company owned by Tiktok, is looking for a way to re-enter India. Then other companies want to take advantage of this opportunity.

According to sources, Facebook’s daily use and engagement have increased by about 25 per cent since Tiktok’s ban. Many other companies are planning to make a similar platform available to the user after Tiktok is banned. YouTube has created a section with the name of the short video just like Facebook. However, it is currently in the testing period.

You’re reading irisdigitals — experts who break news about Google and its surrounding ecosystem, day after day. Be sure to check out our homepage for all the latest news. As well as exclusive offers on best recharge, popular mobiles with the latest tech news and reviews from all over the world. Follow irisdigitals on Twitter, Facebook, Pinterest, and LinkedIn to stay in the loop.